Recently, Marco Arment posted about the inconsistencies/oddities of Apple Watch watchfaces. For those that didn't read that commentary, the crux of his position was that the Apple Watch all but ignores long-held horological standards that make reading the time on an analog watchface more simple. Marco's asssessment was one that I would have not been able to put into words but admittedly agreed with wholeheartedly. Shortly before that post, I puchased an Apple Watch Series 3 Nike+ to replace my aging Series 0 Stainless Steel. The reason I am providing so much additional information about all this is the differences I noted between a "standard" Apple Watch and the Nike+ models. In particular, the additional watchfaces that come with the Nike+ model watches.

Based on the information in the Apple Watch User Guide, there are twenty-six different watchfaces available to an Apple Watch Series 4 (GPS + Cellular) with one of those disallowed on non-cellular models (Explorer) and two additional ones not available on Series 3 and earlier (Infograph and Infograph Digital). All of the watchfaces have various "Customizable features" and "Available complications" listed in full in the guide. The above screenshots are the standards for promotional materials that are available on all Apple Watches and the below screenshot are the three that are exclusive based on hardware.

For Nike+ models, there are two additional options (Nike+ Analog and Nike+ Digital, pictured below) that provide a standard (read: unchangeable) swoosh icon/complication for quick access to the Nike+ Run Club app. I have used both of these faces now and really like both even though I am not an avid runner. The analog version in particular changes the commentary from Marco ("If you want analog time with numerals, Utility is the only good option.") to include this secondary option. Aside from the fact that you cannot show the date within the dial, the Nike+ Analog watchface is worth a look if you have access. I should also mention at this point that the Nike+ version has access to non-standard color options, including Nike's Volt green, as does the Hermès version have access to Hermès orange. 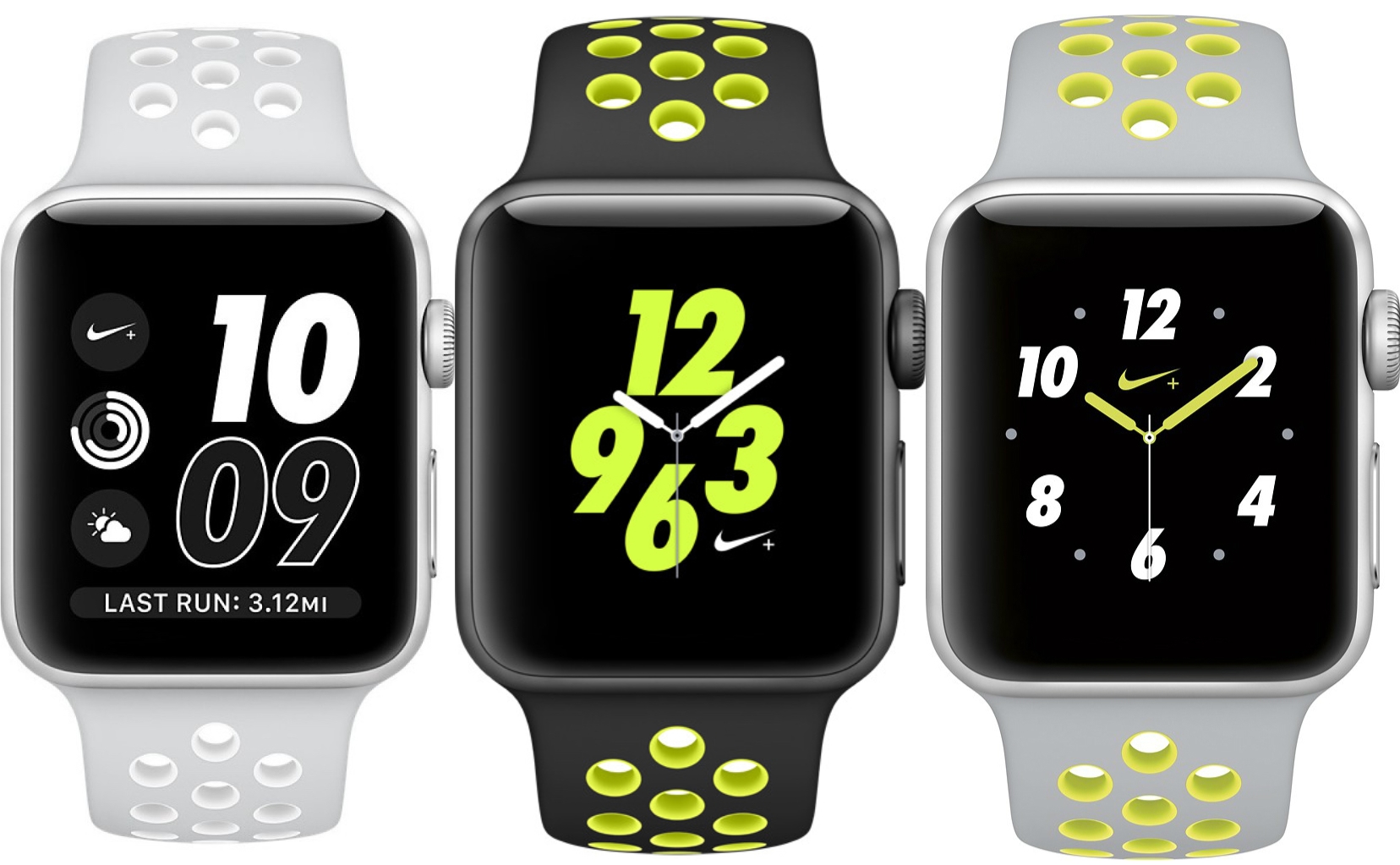 For Hermès models, there is one additional option named simply Hermès. However, the "one additional option" comment belies the sheer amount of customization that can be done to the Hermès watchface. Amongst the available "customizable features" to use Apple's parlance, the Hermès watchface has the ability to change the color/style, typeface (which includes three options plus a roman numeral option), and dial layout (which simply means all numbers, four numbers, or only the 12 index). In addition, this watchface has room for a single complication inside the dial that is limited to Date, Stopwatch, or World Clock. To be frank, though out of my price range, the Hermès Apple Watch seems worth it to someone who cares about numerical indices as much as Marco does, plus this/these watchface(s) is/are gorgeous.

The craziest thing about the Hermès watchfaces are just how little documentation there is about them at all. I had difficulty finding any screenshots of the watchfaces, let alone ones like those documented above for the standard styles. The screenshots you see below are stitched together from Apple's own Hermès page and does not show all options available. The only reason I know what options are available is because of a jailbreak option that is well-documented for "unlocking" these extra watchfaces on standard models and an unboxing video I found that actually did a good job enumerating the options.

This post is really only an attempt to get something on the web that people can look at to gain a better understanding of the options on the Apple Watch. I was not and am not making any assessments on the value of the above-listed options nor the expectation that this is by any means a complete walkthrough. I also have only had a few days at this point with anything other than a Series 0 Stainless Steel watch, so this was/is not meant to be a review of the new features or even the watchfaces I see in my new Apple Watch Series 3 Nike+.

All that being said, I still agree with Marco's assessment about the current state of Apple Watch watchfaces; I personally have a carefully curated group of analog and digital watchfaces that I use on a daily basis, but I am not wholly satisfied with them. As I get used to the power and speed of a modern Apple Watch, I will likely write more about watchfaces and my preferred usage scenarios. Thanks for reading.