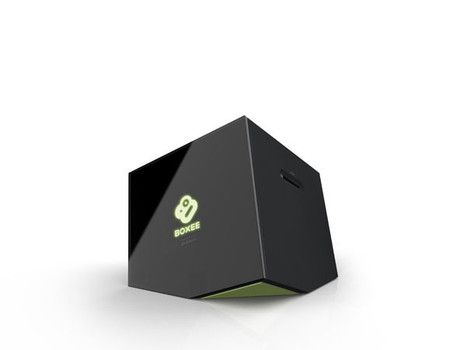 Afters spending some time with the new version of the Boxee software, I can honestly say that the software is no longer for me. Media aggregators are the future and Boxee has always been at the forefront of the technology, bringing together multiple sources and apps that get the video and audio the user wants to an HDTV. Boxee was the fifty foot interface that I was looking for when I connected my computer to my television so many years ago, up until “Boxee went legit” that is. Recent commentary from Engagdet, Gizmodo, and others discusses what Boxee has become and sadly it is not a fighter for the little guy. Media aggregation is only as good as the sources it is able to bring together into a succint interface and now that Boxee is “playing nice” with the big business that is Hulu, the long-time Boxee user will lose interest.

Boxee has been around for a long time, running on Mac, Windows, and Linux machines, as an open-source skin on top of Xbox Media Center (XBMC). XBMC was created in 2003 to allow users of the original Xbox platform to play media back on their Xboxes. The background of the technology is not malicious but it is based on jailbreaking Xbox hardware in the attempt to extend the boxes’ functionality. Now, there are a number of media aggregation softwares that are based on this underlying code (Plex, Boxee, etc). Boxee in particular has a rich history of developer support from the open source community, leading it to be one of the better platforms out there. The creators of Boxee seem to have turned a new leaf to become something that it cannot be while still pleasing its original userbase. Becoming legit in the sense that Boxee has means that content, that which Boxee supposedly aggregates, is blocked by providers like Hulu. This means that Boxee is all but worthless to those who are used to its original intent and capabilities.

The reason these abilities have changed is due to the way that Boxee presents itself to sites like Hulu. Each browser has a string that tells a website what type of browser it is (Tablet, Mobile Phone, Desktop, etc). Each site can interpret the agent string and provide specific content to it; this is the reason why you are served a mobile site when you use a smartphone. Recently, with the advent of set top boxes, specific sites are specifying agent strings that are not able to view site content; Boxee is one of these strings and GoogleTV is another. GoogleTV has been rendered all but useless as a media aggregator due to its agent string being blocked by almost all major network websites with the period of about 24 hours.

The one thing that Boxee has going for it is its extension support for local file playback. If users have large libraries of video files that they have created from their DVD collections, chances are Boxee can play them, no matter the format. At the Boxee Box press announcement, the goal was laid out as such, if an audio/video file has a three letter extension, Boxee should be able to play it. Testing personally done by me as well as others tends to prove this is already the case, which is not something that every media player out there can boast. There is no reason why a general consumer wouldn’t use a Boxee Box if they had the opportunity, but the key to my feelings on it come from a background of use as the Boxee software has grown up. It is simply sad that they would take such a step backward in functionality to provide big television companies with a little more money to line their pockets.