How fast is too fast for obsolescence? 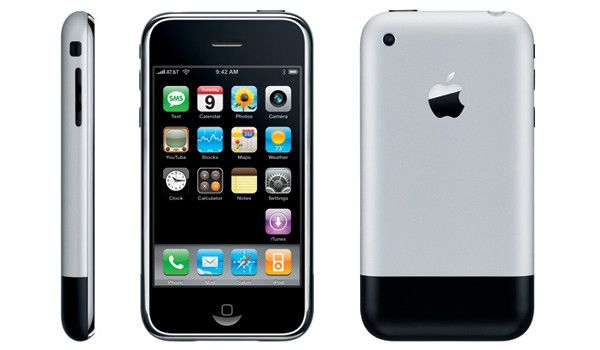 The Apple iPhone did not exist 5 years ago. Neither did the Android operating system or Windows 7 exist for consumer use, for that matter. Why then is the first generation of Apple’s “magical” and game-changing phone now obsolete? Referred to by most as the “iPhone 2G,” due to its lack of third generation data capabilities, the first generation iPhone was end-of-lifed by Apple at the announcement of the current phone operating system, iOS 4; this moment also marked the third anniversary of the iPhone’s release. An update to the aforementioned operating system was released yesterday, November 22nd, and it worked to merely widen the divide between each of the generations of the iPhone family. Next year, the so called iPhone 3G, the second generation iPhone device, will be obsolete on its third birthday and, it can be assumed, so on. The question this raises regards the speed at which these technologies are becoming obsolete and if that speed is too fast. This trend also raises questions about the growth of the digital divide and the ability of the general consumer to keep up with the ever changing landscape of technology.

The devices discussed above are by no means old, at least by other technology standards. The iPhone and Android have been around for a little under four years and the original MacBook was introduced the year before that, May 2006. If the MacBook itself was deemed obsolete now with no room for further upgrade, there would be quite a few unhappy MacBook owners, so why is it OK with the general consumer that the computer in their pocket be obsolete so soon after being introduced? This stigma also leaves consumers that have less to spend missing out on technological advancements more quickly, although the original iPhone is by no means unusable due to the lack of the most recent operating system update. Even so, a recent post on GigaOm.com’s The Apple Blog ran benchmarks on the iPhone 3G and iPhone 4 to show the phone’s usability with the iOS update and found this (discussing the iPhone 3G on iOS 4.2.1):

Bottom line: If you’re still using iOS 3.1.3 and use sophisticated apps that are heavily computational, then it’s probably best to avoid 4.2 (that’s easier if the apps you’re using don’t require 4.0 or higher). If you’re content with the apps Apple provides and mobile Safari, you should be fine. If you need the more demanding apps, and those apps need iOS 4.0 or higher, it might be time to consider that hardware upgrade.

The fact that the iPhone 3G, now two and a half years old is basically obsolete is laughable.

Android is the same story. The T-Mobile G1 was the first Android phone released in the United States was released in October of 2008. The last supported operating system the G1 ran effectively was Android 1.6, codenamed Donut, now almost three releases of the operating system behind, as Android 2.3 Gingerbread is expected to be released in the coming weeks. The fact that the updates have stopped mean that the security support has ended as well, leaving users of the G1 with all of the vulnerabilities that have since been dealt with in OS updates. So how fast is too fast for technological obsolescence?

Cell phones aside, obsolescence has only been a problem for the last few decades, since the personal computer was born. However, now that technology is more ubiquitous, the decisions on when and how to upgrade technology have become rather more frequent than in the early days of personal computing, meaning more difficult decisions for the general consumer more often. In the world of Android, a brand new phone can seem slow and bulky within months of purchase and that seems out-of-hand. For those technology enthusiasts who have the time to do the research and decide on their next purchases over the course of months, these questions may not pose a problem because they know what they are getting into, but coming into the Christmas season, who wants to be the consumer who purchases a iDevice, only to have the upgrade come out in January?