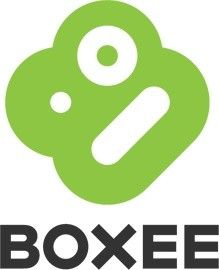 Yesterday evening, at an event to announce the release of the final version of the Boxee Box, open-source company Boxee demoed the new enhancements to their software, along with the announcement of a set-top box to rival the Rokus, AppleTVs, and GoogleTVs of the current technological landscape. The problem: the software was updated in some key ways to make the end user happier, while succombing to political pressures that lead to steps backward in functionality; namely, the Boxee software can no longer access Hulu, and other online streaming platforms, and Netflix support will not be available on day one.

Something for which Boxee has always been known is bringing together multiple video and content sources into one succinct interface. Hulu, Netflix, NBC, Comedy Central, Fox, local files, the list goes on; if video was out there, Boxee could aggregate and play it. They have made some cool changes and interface tweaks that have allowed it to be just that much cooler, but the addition of a webkit browser, blocked by the majority of online streaming interfaces, will more than likely cause some problems for current Boxee users. The Boxee Box is a stand-alone set-top box that will provide the general consumer with a fifty-foot interface for their televisions to aggregate media. For those technical users that have used Boxee in the past, there is little add from the application you can run on any PC or Intel Mac. Boxee the software is merely an application that runs on top of a computer interface and if a consumer can figure out how to connect their computer to a television, they already have a “Boxee box.”

Still, the majority of general consumers will not be able to figure out the connection between computer and television, so the Boxee Box will sell well among consumers that know it even exists. Coming into an already overcrowded set-top box space, the Boxee Box might have a hard time breaching the market, but the features the box does boast is not a shabby list. Two quotes struck me on this point and it will make a big splash in the tech community: “If it has three letters in it, we support it,” and “In the end you shouldn’t care about so many formats… I don’t even know half of them. But you should be able to hit play and have it work.” Boxee’s openness will work to its advantage in a world that is suddenly focused on the open/closed debate perpetuated by the rival operating systems created by Google and Apple.

Bottom line for this product is this: newcomers to the Boxee brand will be pleasantly surprise at the platform’s flexibility and range of abilities. However, users of previous versions of Boxee may find the new Box a step backward from the current incarnation. Of course, no final decisions can be made without hands-on time and hopefully, the plethora of market partners will allow for just that.