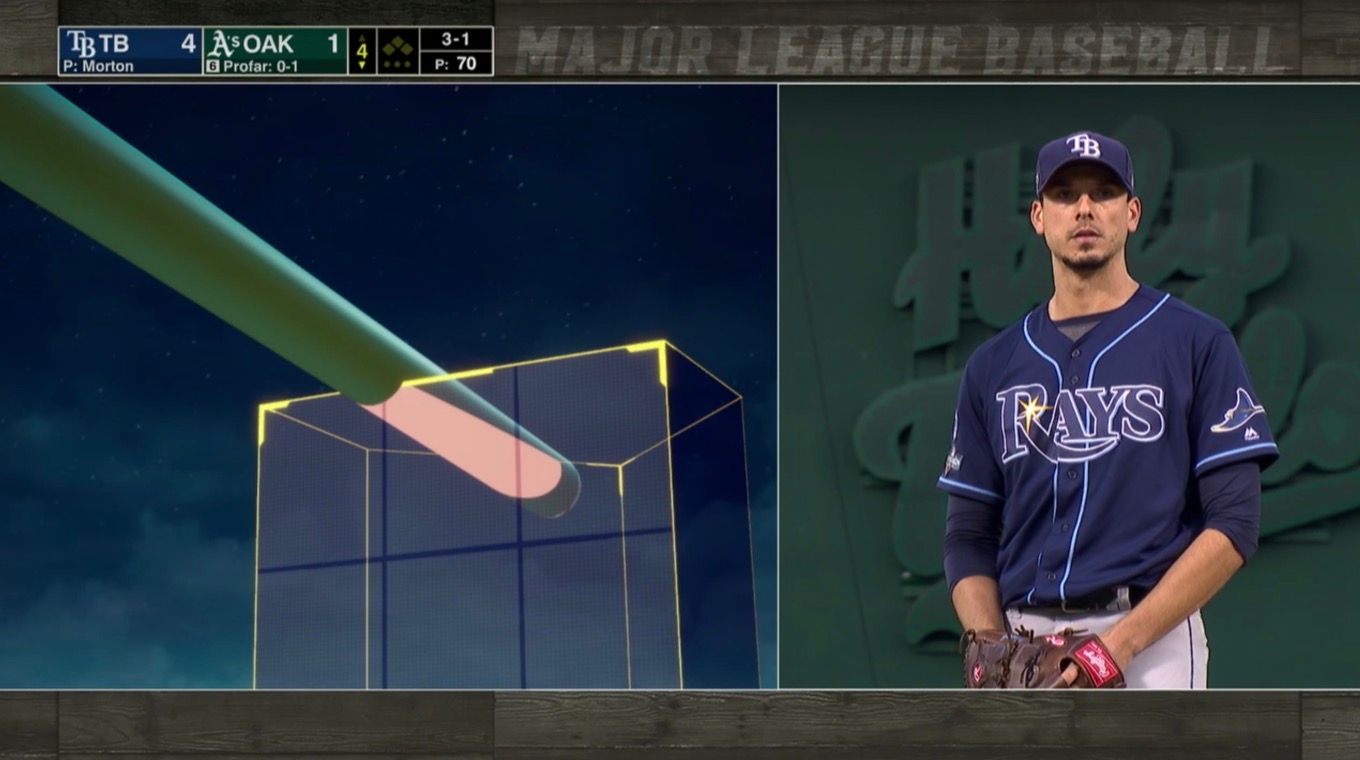 Ever since Fox introduced the status box overlay in NFL games a couple of decades ago, I’ve been paying attention to how televised sports imparts information to viewers. My recollection is that the “Fox Box” was somewhat controversial at the time, but if you watch old televised sports today it’s mind-boggling that the score and game status isn’t visible at all times. It’s hard to watch old football games without a yellow first-down stripe superimposed on the field, a feature that seemed like witchcraft when it was introduced in 1998.