Visas will be granted to those who can prove — in a formal and documented way — that they have a close relationship with a family member living in the United States or that they are connected with an entity such as a workplace or university.

With diagram to further prove the point: 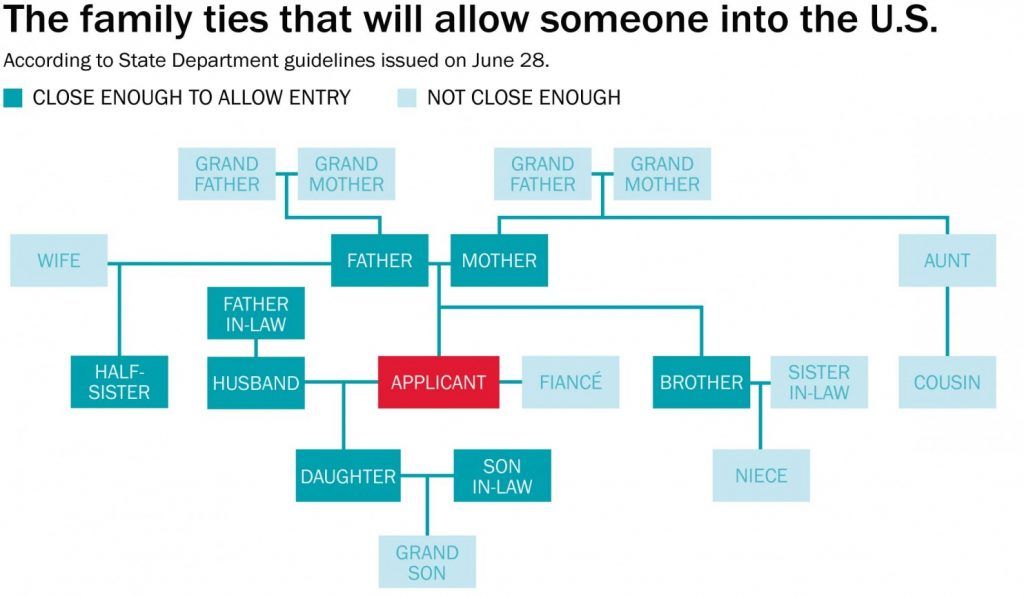