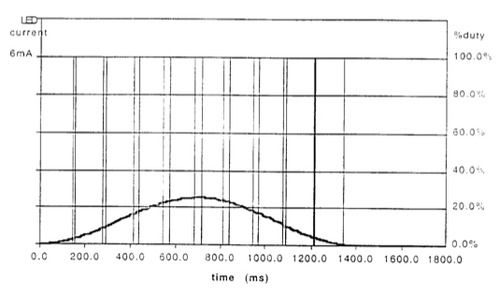 In July 2002, Appled filed a patent for a “Breathing Status LED Indicator” (No. US 6,658,577 B2). They described it as a “blinking effect of the sleep-mode indicator in accordance with the present invention mimics the rhythm of breathing which is psychologically appealing.”